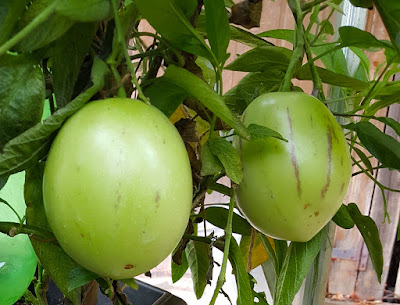 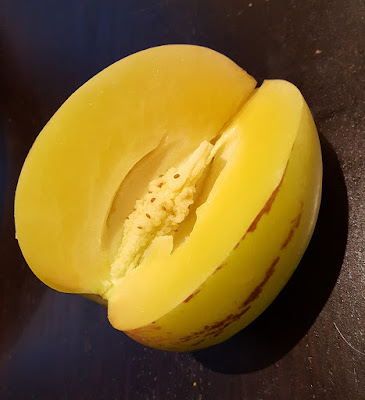 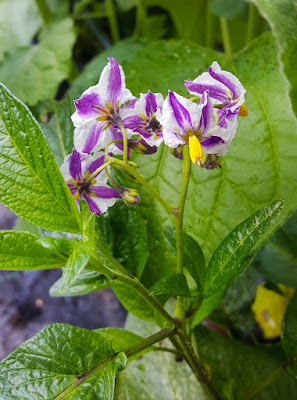 The emerging fruit looks like a small green plum to start with, then a pale green aubergine. The distinctive purple markings don't develop until it ripens, which should be by September or October. As I write this in mid-October, I can see two more small fruit developing on the plant, about the size of a hen's egg, but I strongly doubt there is enough time now for these to mature and ripen in the UK, even in the greenhouse.
Posted by Christina at 21:28