The good, the bad and the puzzling - the year at the allotment 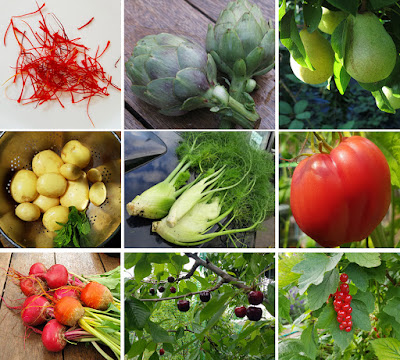 It's been a mixed year in the kitchen garden, with unpredictable successes and failures. Last year, it was easy to see that the long heatwave at the beginning of summer would be good for tomatoes, chillies and sweet peppers; this year has been much more unsettled.

There has still been plenty to celebrate. About six weeks ago, the bare earth container which holds the saffron crocus bulbs, started sending up little shoots, and for the last month I've been carefully tweazing out bright red stigmas to store as my first proper saffron crop.

Also coming good for the very first time is the fennel, a crop that has tended to bolt in previous years. I think the consistently wet autumn helped deliver steady moisture to the developing plants and produce some lovely crisp swollen stems.

Stalwarts that didn't disappoint included the globe artichokes: the plants, once established, produce multiple buds between May and July, then, after a rest in high summer, start sending up new buds again in September. We are just finishing them now. 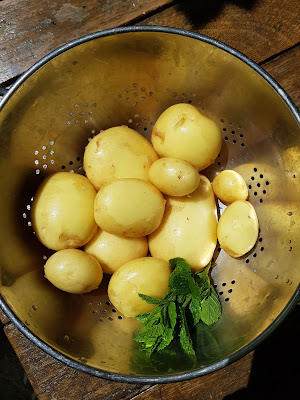 Potatoes were terrific again this year: beautiful Lady Christls like unblemished hens' eggs in June, followed by delicious pink-skinned Rosevals and a long season for the maincrop Pink Fir Apples.

The weather was very slow to warm up in spring, which meant that chillies, peppers, tomatoes and aubergines couldn't go outside until much later than usual, and the seedlings stayed tiny until June/July. The sweet peppers, tomatoes and aubergines caught up quite quickly once they were finally planted out in the polytunnel and greenhouse (and the sweet peppers happily went outside); the chillies on the other hand, are still mostly green and I'm not sure the Carolina Reapers will ever fully develop.

The outdoor tomatoes fruited late but then they all fruited at once. We had about a month until the blight arrived at the start of October and then of course the plants were all gone over in the space of a few days. The greenhouse plants normally keep going until December, given mild enough weather outside, but having picked a load of little Black Cherries and the last few San Marzanos last week, I doubt we will get any more now. 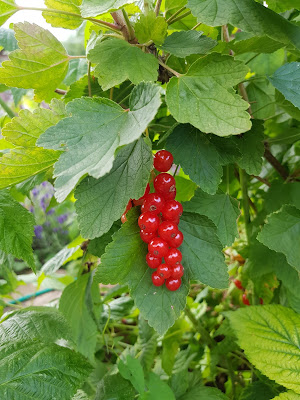 Tree and soft fruit yields were similarly mixed. The red, pink and blackcurrants all fruited reliably but the whitecurrant bushes produced significantly fewer berries. I managed to net the cherry trees in good time (for once) and enjoyed a good cherry harvest. One day it would be nice to save some to make jam, or liqueur, but they are a bit too delicious to resist eating straightaway. 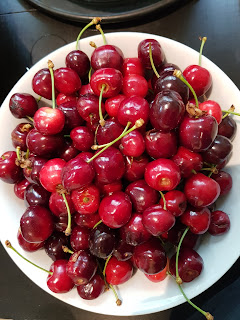 The quince tree, normally so prolific, only set four fruit this year. I think this may well be because we gave it its first proper pruning last winter. There was certainly plenty of blossom in late spring. And the pear trees nearby were so laden with fruit that I was giving away carrier bags full of fruit for a couple of  months in late summer. The perpetual spinach all bolted and I heard similar tales from other allotmenteers. The winter radishes, so plentiful in 2018, are this year still tiny and showing no signs of plumping up so far. We will just have to hunker down with the parsnips, beetroot, oca and yacon over the winter.