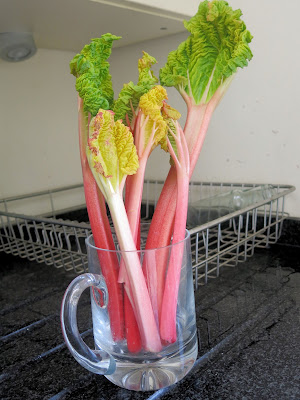 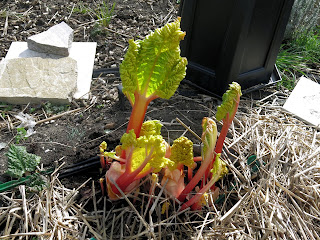 It was worth the wait though. Rather than go the whole hog with a crumble or fool, I poached the stems in a light syrup infused with half a vanilla pod and a couple of cardamoms, and served with creme fraiche (vanilla ice cream for the nipper).
Posted by Christina at 22:23